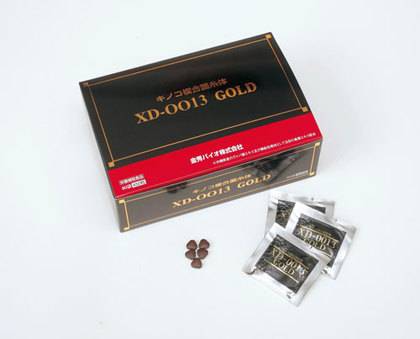 Mushroom Mycelia XD-0013 GOLD is made from the extract of the medicinal mushroom mycelia (Agaricus, Reishi, Shiitake) that have been carefully cultivated on a bed of sugar cane bagus. The extract is combined with Okinawan guava leaf extract and fig leaf extract - the highly valued functional material. Mushroom Mycelia XD-0013 GOLD is manufactured at the Kanehide Bio Co. Ltd.'s plant (in Okinawa, Japan) that has been certified by the stringent ISO9001 • 2000, ISO9001 • HACCP standards, so you can rest assured that in buying this product, you get the best quality possible. 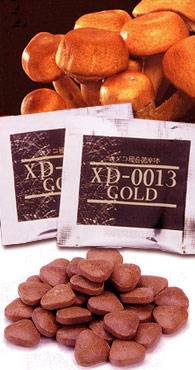 What is the mushroom mycelium (hypha)?

Mushroom mycelium is basically mushroom roots in the form of threads that grow before the mushroom body emerges above ground. Compared to the body of the mushroom, its mycelium is considerably richer in valuable nutrients, including polysaccharides known for their antitumor effects. Mushroom mycelia for this product are cultivated on a bed of sugar cane bagus, which is the lees that remain after the sugar cane has been wrung.

Several things must take place before the Mushroom Mycelia XD-0013GOLD becomes a product ready for consumption: