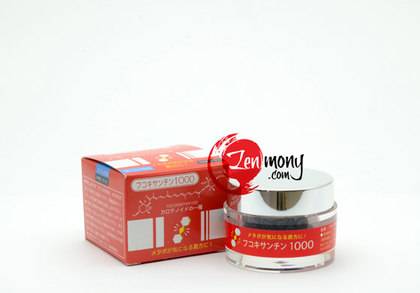 "Fucoxanthin 1000" is the akamoku seaweed (lat. Sargassum horneri) fucoxanthin product which was developed as a result of joint reasearch by professor Kazuo Miyashita (宮下和夫教授) of Fisheries Sciences Graduate School (北海道大学大学院水産科学研究院 - http://www2.fish.hokudai.ac.jp/) of Hokkaido University (Japan), Hokkaido Industrial Technology Center (北海道立工業技術センター http://www.techakodate.or.jp/center/) and Kaneka corporation. Professor Kazuo Miyashita conducted a profound research into how fucoxanthin which is abundant in akamoku seaweed growing in the coastal waters near Hakodate of Hokkaido island affects the adipocytes (fat cells) inside human body. Akamoku seaweed for "Fucoxanthin 1000" is cultivated in Hakodate Marine Bio-Cluster located in the coastal waters near Hakodate, an ideal place for growing this seaweed.

Brown seaweeds such as akamoku or wakame (Undaria pinnatifida) or kombu (Laminaria japonica) are known to contain fucoxanthin - the red pigment essential for photosynthesis and a substance which is known to help control weight and strengthen the immmune system (similarly to fucoidan which is also contained in these seaweeds). Fucoxanthin is contained in most seaweeds of Sargassum family, but akamoku (Sargassum horneri) is the absolute fucoxanthin champion containing 400mg of fucoxanthin per every 100 grams of dry seaweed. There are two types of adipocytes (fat cells) inside human body: white ones are responsible for storing fat and the brown ones are responsible for burning it.

Professor Kazuo Miyashita discovered that when we take fucoxanthin, UCPI proteins that naturally appear only in brown adipocytes also start appearing in white adipocites that stimulates burning excess fat. In 2005 professor Kazuo Miyashita published his research results which among other point out that fucoxanthin is capable of controlling blood sugar level and thus is effective to help mitigate diabetes. Fucoxanthin used in this product is manufactured by Kaneka corporation (Japan). 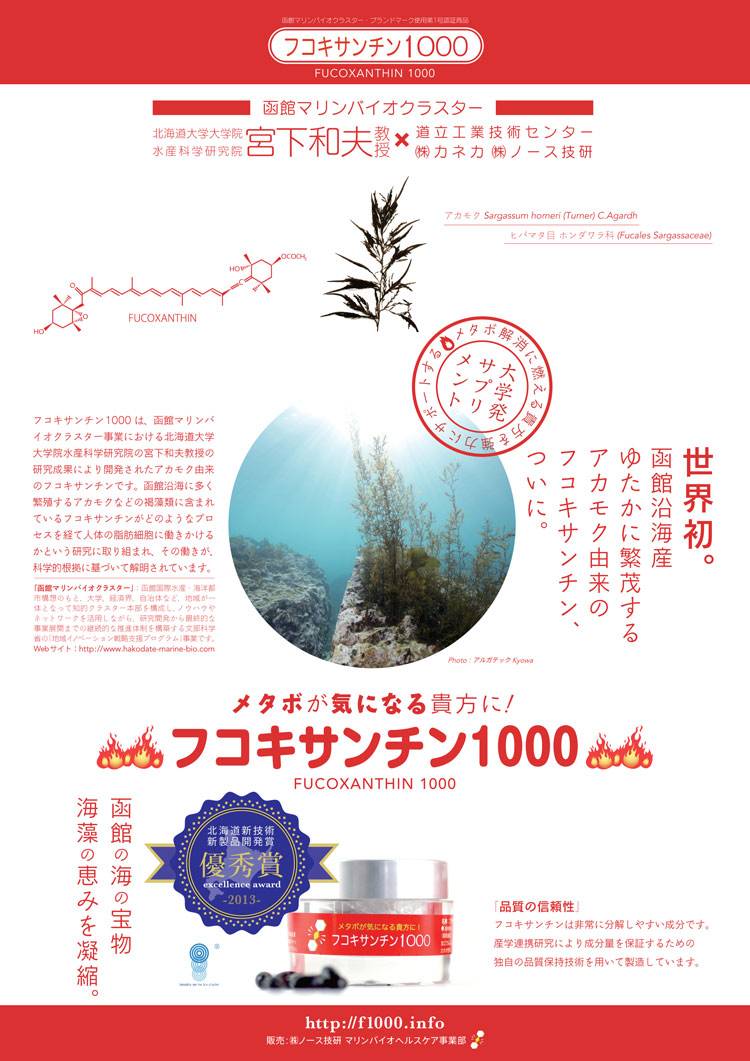