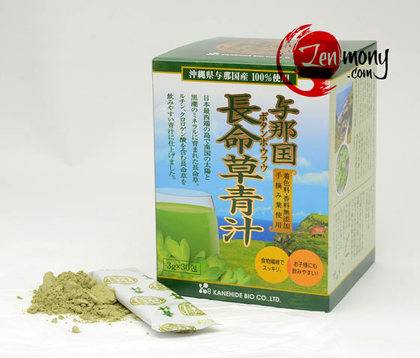 Botanboufu is a herb growing naturally on Yonaguni island. This herb grows on precipitous cliffs that are constantly hit by waves and winds. It grows vigorously under the strong southern sun. It was given its local name Botanboufu, which means longevity herb, for its great vitality and survival ability. Precisely because it is a wild herb with a great life force, it contains more nutritional elements than any vegetable. For the people of Yonaguni it has become an indispensable ingredient for many local dishes. What has been supporting Yonaguni people's health is botanboufu aojiru. Also it has been proven by local Okinawa research institutes that it contains a plentiful amount of polyphenols.

Chlorogenic acid is another type of polyphenol. It is a component of coffee aroma and is known for its strong antioxidant properties. It was found that Yonaguni Botanboufu contains 4 times as much chlorogenic acid as coffee does. 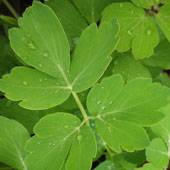 Chomeisou (Botanboufu) is a member of the Apiaceae family and grows wild on Yonaguni Island, the southernmost island in Japan. The plant grows on the wave battered, sun drenched, salt air smothered cliffs of the island. The hardiness of the plant to survive such a harsh environment is astounding and it has long been a favorite of people as longevity food.